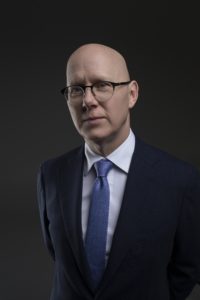 The defence of a Criminal Charge is a complex and demanding endeavor. You are one person against the police and the Crown lawyers. These are professionals who have trained for years to gather and present evidence against you. They know the procedure and the law. They appear in the Courts every day.

Do Not Face This Alone.

Choosing your lawyer may be the most important decision you make during this time. You need someone with knowledge, experience and understanding on your side. You need someone who will take the time to thoroughly prepare your defence and explain your options to you.

If you are facing charges or under investigation, I understand that you may fear the damage this situation could case to your reputation and your record. I pride myself on handling each case with discretion and doing everything within my power to both protect your rights and reputation.

I have been practicing Criminal Defence since 1995 and have defended hundreds of cases in all levels of Courts in British Columbia. Whether it be arguing for the exclusion of a confession in a murder case or seeking to have a minor charge diverted out of the criminal justice system, I am entirely focused on your needs and concerns.

I offer a no-charge initial consultation during which we will examine your situation and begin to plan your defence.

Do not make decisions regarding your future and freedom without getting the advice and representation you need. The decisions you make before you even enter a courtroom will affect your future.

Upon completing my undergraduate degree in Business in 1991, I continued my education in my home province at the University of Saskatchewan College of Law. In my time in Saskatoon, I was a member of the Law Review from 1992-1994 and graduated with Distinction in 1994.

Throughout the late 1990s, I appeared in every level of Court in British Columbia and successfully defended, among other things, charges of sexual assault (DNA evidence successfully challenged) and unlawful confinement.

In 1998, I was first approached by the Crown and asked to act as an Ad Hoc prosecutor. Since then, I have acted from time to time on behalf of the Crown to cover specific cases or specific Courtrooms. In that time, I acted in the capacity of Acting Administrative Crown, Charge Approval and Bail Crown, and of course Trial Crown. I have prosecuted many, many trials on behalf of the Crown including Dangerous Driving Causing Bodily Harm, Robbery, and Attempted Murder. In this manner, I have gained a unique insight into the building of a prosecution case from its inception through to a sentencing hearing.

This experience allows me to approach the defence of each case with the knowledge of how the Crown is likely to prosecute it. As such, I am able to begin to prepare the defence strategy very early on in the proceedings. The seizing of the initiative in this manner may be an extremely valuable tool when either negotiating a disposition or conducting the eventual trial.

Of course, during this time I have maintained a very busy Criminal Defence Practice. I have defended hundreds of cases ranging is seriousness from First Degree Murder, Aggravated Sexual Assault, and Robbery all the way down to Motor Vehicle Infractions.

I pride myself of recognizing that, for the person charged, it is always serious. In that regard, there are no minor cases. I take the time to know the case, know the person, and of course, know the law. I explain all of the available options before we make decisions on how to proceed. I will recommend a course of action only after discussing all reasonable possibilities. I work with my clients to ensure that they understand not only what is happening, but why it is happening.

Over the years, I have worked with many advocacy groups such as the Native Courtworkers to provide legal assistance to those who may otherwise go unrepresented. I have acted as a Guest Lecturer in Criminal Law at Douglas College and have participated in the Crime and Consequences Seminar which was offered as part of the Alternative Measures Program. More recently, I have lectured on the issue of ethics in the Criminal Law to the Canadian Bar Association Vancouver Criminal Law Subsection and on issues in Sentencing to the BC Continuing Legal Education Seminar on Criminal Practice.

If you need legal advice in the area of Criminal Law, call or email to make an appointment to discuss your matter.