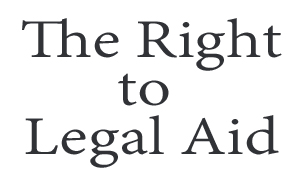 Talking with Vancouver criminal defence lawyer Troy Anderson about Legal Aid in BC and the cutbacks that have crippled the system.

Troy: I’m very well thank you. How are you?

Mark: I’m good. So I guess we just jump right in, what is the legal aid system in British Columbia?

Troy: The legal aid system is, quite frankly in my opinion, a rather underfunded system compared to certainly, the way it used to be, the way it is in some other jurisdictions. We’ve had over the past twenty years, a significant reduction in the funding to the legal aid system through the provincial government. I’m not going to go through the ins and outs of how that happened and how it was meant to be funded and how it is now funded today. The long and short of it is, the funding levels are far below what it once was. The legal aid system, in short, what it is in British Columbia is a publicly funded system. It is administered through the Legal Services Society but its services are delivered, that is the legal services are delivered by private lawyers who are free to accept or decline a referral from a legal aid as they see fit. What we’ve seen over the last twenty years is the number of lawyers prepared to act for a client being funded through legal aid has declined by about half and a large measure of that is there seems to be this expectation that you do a lot of unpaid work. That is the reality of the legal aid system we work in but it affects everybody in the criminal justice system because as you have legal aid being funded less and less and less and fewer and fewer people qualify for legal aid which is the real point, you get more and more people being forced to represent themselves. So what we have is a publicly funded, privately delivered system, which excludes, in my opinion, a number of people who really need legal representation and have absolutely no means of affording it. That’s in short, the legal aid system in British Columbia. It’s a functioning model but at the level of funding now I would call it barely functioning.

Mark: So, do we have like public defenders? I guess maybe not from the way you just described it.

Troy: No, there was a time, probably 15 years ago or so, we did have a public defenders system in British Columbia, it was dismantled by the Legal Services Society I think in part because it was very expensive. You had to pay for offices, you had to pay for support staff and you had to pay for lawyers. Carrying all that bureaucracy costs a lot of money. So we moved away from that about twenty years ago we have what we have today. We’ve gone back away from the public defender model and for reasons I don’t understand there is some talk maybe about reinstating it in some form. Be it by contract versus employees but there is certainly discussion of that. But as it stands right now, there is no public defender model. If you get a lawyer on legal aid, it’s going to be somebody in private practise who chooses to take that case. The benefit to that is, is you have as somebody, if you do qualify for legal aid, you have some ability to choose the lawyer you get versus having a public defender that is simply assigned to you as used to happen, and as I believe happens, for example in the US. So the short answer is no, there’s no public defender system, but like it or not, we may be going back to it.

Mark: You kind of broached the subject of people defending themselves, how does that affect the legal system when someone you know, I’m going to represent myself, I mean, for me it’d be my client is a fool – but how does that work for the rest of the system?

Troy: That’s an old saying Mark, and you’re a bright guy, but for you to undertake the defence of a criminal trial would of kind of be like me trying to rewire my house. I might be able to muddle through it, of course I could burn the whole place down. That’s what you often see, so what it does and this is why I think a lot of thd funding decisions are a little bit short sighted. When you have somebody who is representing him or herself, they don’t know how to do it, they’ve probably never been to court before, don’t know how, don’t know what the rules of evidence are, don’t know when to object and have no one there to help them. The way it works is, the trial judge has an obligation to provide some assistance to the person who’s representing him or herself. The Crown also has an obligation to put forward all of the evidence and really all of the arguments because the Crown prosecutor’s obligation is not to win but to fairly present the evidence. Now if you have in an adversarial system like we have, two lawyers then it’s a fair fight. If you have a lawyer versus Joe Average, it’s probably not a fair fight and it takes a lot longer because the Crown has to explain everything, the judge has to assist the person and simple things like making admissions a fact, can’t be done because, at least in my opinion, it’s not appropriate to ask somebody who is representing him or herself to make an admission a fact when they might not understand the significance of that. So if I’m doing a trial, I may on a drug trial admit that the substance seized from a vehicle for example, was in fact analyzed later to be cocaine, I will admit the continuity of the exhibit, which means that which was seized is the item that is brought to court, because I know what to look for, I can satisfy myself that they’ve done it all properly and I can make that admission. A self represented person doesn’t know how to do that, can’t make that admission, so now we send two hours hearing evidence in court that if there was a lawyer involved would be admitted and court time is expensive. You’re paying a judge, you’re paying a prosecutor, you’re paying a sheriff and you’re paying court staff. So I think it’s very short sighted. The other thing that is does, is that it clogs up the courts, so if I’m there and I’ve paid my lawyer you may end up waiting there for the self represented trial to get done so that you can get on. So it delays everything and it sometimes costs individual … money.

Mark: So it sounds like the legal aid system is, you know, they’ve cut so much bone out of it that it’s broken. So what are lawyer doing about it?

Troy: Well, the lawyers in British Columbia, not only in British Columbia, we’ve seen the same thing in England and Wales have began to withdraw. What we’ve done here in the Lower Mainland is we withdrew services from a number of the major court trials for the month of July. We will continue to be doing that in short increments throughout the Fall. We’ve had past job actions over the past several years to protest the legal aid cuts and what I think people don’t understand is, there is a perception among the public that this is a bunch of lawyers trying to get more money. Nobody is getting rich doing legal aid in this province. What the lawyers are taking job action for is to ensure that the people who need a lawyer actually get a lawyer because at the heart of the Criminal Justice System is fairness and it’s simply not fair, if you’re like I said Joe Average and you’ve got a trained prosecutor, trained investigators and a judge who know what’s going on and you’re standing there saying well now I’ve got to defend myself – how does that even appear to be fair? These people are all the doing they can, the judges and the prosecutors to be fair, but again it’s like me trying to rewire my house – it doesn’t work.

Troy: Well, yeah, a book that I probably don’t have enough time to read. In order to become a lawyer, you’ve got to have three years of law school plus a year of articles and in order to start really, effectively doing the job in a trial for you need years of experience. If you watch a junior lawyer versus a senior lawyer, it’s like night and day. Now imagine the junior lawyer minus the legal education and you get an idea of what it’s going to be like.

Mark: So, we’ve been talking with Troy Anderson from troyandersonlaw.com. We’ve been talking about the legal aid system in BC and what the lawyers are trying to do about it to repair a pretty sad situation. You can reach Troy if you have any kind of criminal matter, you can call him at 604-638-9188 or you can go to his website troyandersonlaw.com. Thank you very much Troy

Troy: Thanks Mark, nice to see you again.

I Just Want to Get this Over With

The Criminalization of Mental Illness