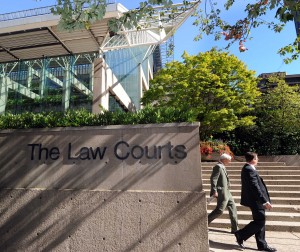 Mark: So, I guess the first question is an obvious one and probably one you get quite a bit is ‘Why can’t I just represent myself?’

Troy: The Criminal Trial is something that is conducted by professionals and by professionals I am referring to police investigators and Crown Prosecutors and so you are dealing with your adversaries who are operating within their field of expertise so for example on a charge if you’re charged with a minor theft or perhaps an assault, that maybe something that a person with reasonable intelligence can pull together because there aren’t a lot of technical issues in there but what you have to keep in mind is that if you are thinking about representing yourself you probably know very little about the rules of evidence, you probably know very little about the procedures that are going to be followed, you probably don’t even know what you’re supposed to call the judge depending upon which court you’re in; so it makes it very, very difficult. You’re starting at a profound disadvantage.

If you’re dealing with something even a little more complicated like perhaps driving offences and certainly sexual offences there are specific rules of evidence, there’s specific evidentiary shortcuts that the Crown will take and the trial may come down to the proper cross examination of witnesses even on a simple assault case or a simple sex case and cross examination is not something you can just pick up overnight no matter how well you think you can argue with your kids or your spouse or your buddy in the bar; it is a skill that is learned over years.

So, it is possible to represent yourself in some circumstances; it’s generally not something I’d recommend, certainly not for anything that’s more serious. For example in a driving offence, if you are relying upon your driving privileges to get to and from work, you’ve got far too much at stake to do that on your own. My example is I change a light bulb in my own house; I don’t rewire the house because I prefer not to burn it down. There’s certain small things I know I can do but there’s a point where you need to get a professional involved and I think if you are in a criminal trial, at risk of a criminal conviction, I think it’s time to get somebody professional in. So yes, you can represent yourself; it’s generally not a good idea.

Mark: Right, so what will a Criminal Defence Lawyer do for me?

Troy: Well, the first thing a Criminal Defence Lawyer is going to do is review the evidence. So you review the evidence to look at the actual charge you’re facing, what if anything the Crown has to back up the allegations and so if you’re a regular guy charged with an offence and you’re looking at a police report, you will understand probably some of it, you probably won’t understand all of it so what your Criminal Defence Lawyer does is reviewing the material knowing what to look for, knowing where the holes are likely to be and finding the holes and again, we’ve talked about this before, ideally your Criminal Defence Lawyer finds a flaw in the case that the Crown can’t fix and then you have a very firm step. The second step is preparing to cross examine and challenge the Crown witnesses and again as we discussed that is a skill that is developed over years. So how to approach a witness, you learn when you attack a witness, you learn when to draw a witness out more slowly so you can get the answers that you need and while on television that takes two or three minutes before the commercial break, in a real trial that can take hours or days and you need to know how to do it, you’re actually, it’s a chess game that you’re playing; sometimes second by second with a witness while they’re in the witness box particularly if you’re dealing with a professional witness such as a police officer or some other expert witness. So, again that’s the early part of what your defence lawyer will do.

Your defence lawyer will assist you in gathering the evidence to present your defence, so of course before you get there your lawyer will advise what the defences may or may not be, talk to you about what evidence we can expect to call and then assist you in gathering that evidence. So it may be putting together phone records, something like that to actually provide tangible evidence to the court to corroborate the point that you’re trying to make. So for example if you say that ‘I was nowhere near the crime scene, I was actually in another city” then we could perhaps get phone records to establish that your cell phone was at least in that city and then look at the content of some of your text messages to corroborate that you were the one using the cell phone at that time. So your lawyer can help you do that.

Your lawyer can also help you remain objective and this comes into play particularly in areas where someone is charged with a sexual assault, particularly a child or if you’re charged with a domestic assault where you’ve got a family dynamic in there that is clouding over everywhere. So for example, if you’re charged with sexual assault, it’s a very, very, very serious charge. It’s one of the worst things I can think of, it carries tremendous stigma and a lot of people obviously get very, very upset at even the allegation and what you need your lawyer to do is to get past all of the outrage, get past all the personal animosity and objectively look at the evidence to find a way out of the situation, not simply railing away against the injustice of it all which is something we can do in the office but that’s not what you do at a trial. A trial is a calm, dispassionate approach to defeating the Crown’s case. So that’s one of the most important things your lawyer can do and then obviously your lawyer conducts the trial. So does the opening statement, cross examines the Crown witnesses, presents the defence case, knows the legal arguments to make and makes them properly and then of course does the closing to the judge and so that’s obviously what your lawyer does during the criminal trial but you have to keep in mind the show that you see in the court room is really the tip of the iceberg. There’s a ton of work that goes in before that and in order to do the job in the court room properly, you have to be prepared and having a lawyer do that for you obviously, someone like myself would have close to twenty years of experience and knowledge in doing just that and so it gets done properly, you hope it gets done efficiently and you hope to come out of it o.k.

Mark: So, I guess one of the questions is should I wait until I have a trial date to hire a lawyer?

Troy: Well, you can. One of the problems with that is that once the trial date is set, at least in British Columbia, the trial coordinators or the judicial case managers will tell you if you set a trial date without a lawyer, if you choose to hire a lawyer at the last minute, you better find someone who’s available on that date because they’re not very likely to give you an adjournment. That’s one reason why you probably want to hire a lawyer early. The second main reason goes into what we just discussed which is the work that goes into it in the lead up to the trial, so if I am facing a criminal charge I would personally want to get my lawyer involved as quickly as possible to make sure that I can attack the case from the very beginning as so an example I gave earlier, if there is a fundamental flaw in the Crown’s case and we can find that early, and we find a Crown prosecutor who I know and trust for example, I could point that out to them knowing they will do what they’re required to do which is drop the charge. If that’s not possible then we can begin plotting the defence strategy, we begin gathering defence evidence so that we are ready to go when the trial date eventually does come. So yes, you can hire somebody at the last minute. It’s not a good idea; it’s a much better idea to hire somebody early so the work can get done in the lead up to the trial.

Impaired Driving – Is It Still a Crime in BC?

Being Charged with a Crime is Humiliating and Frightening