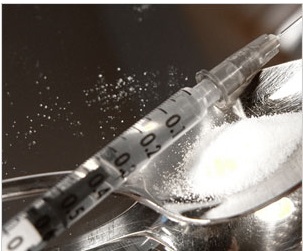 Mark: Good, so are there different types of drug offences?

Troy: Well that’s a big question and the short answer is yes. There are a ton of different drug offences ranging in various degrees of severity and what I’m referring to is the punishment of course that goes with it. So, you’ve got very, very sort of low end drug offences which we frankly see very little of in British Columbia these days, the most obvious one being possession of marijuana which contrary to popular belief is still an offence in Canada. It is at least in the lower mainland very rarely enforced; the proliferation of medical marijuana dispensaries and other dispensaries have essentially resulted in what appears to me at least to be to be a factor in decriminalization at least in the lower mainland. Now you go up to possession of what we call hard drugs, so cocaine, heroin, methamphetamine, those are more serious. Then we have the offences of possession for the purpose of trafficking or the trafficking in drugs; the seriousness of those offences of course goes up with the sophistication of the operation, the amounts involved, the amount of money changing hands and then right at the top end you’ve got the importing and exporting of illegal drugs which is very, very serious; will get you often double digit sentences, double digit range, sentences measured in double digits in years in the penitentiary, that’s what I’m trying to say. So it’s pretty common to see something in the excess of ten years in prison for the importation of hard drugs. So, there’s a lot of different type of drug offences and we’ve left out the production of, for example synthetic drugs such as crystal methamphetamine or the production of marijuana.

Mark: So what is trafficking or possession for the purpose of trafficking?

Troy: Well everybody sort of seems to understand what trafficking is and it’s the sale of drugs for money. Trafficking actually has a much broader definition within the Controlled Drugs and Substances Act; it includes transportation or even turning over a drug without an expectation of profit. The classic example which is never ever applied but is technically on the books, it is the kid at the party who passes a joint to his pal, you’ve transferred a narcotic or a controlled substance from one person to another and on the very technical level you’ve committed the offence of trafficking. That’s more of an academic exercise than anything else. What we generally deal with in terms of trafficking is the actual sale of a controlled substance, so cocaine, heroin sometimes marijuana is still charged, crystal methamphetamine of course, and we see everything from the street corner transactions which we still see sometimes in the downtown east side of Vancouver to what’s called the dial a dope operation, that’s been called the pizza delivery service of drugs, wherein you have a number, you phone your guy and he delivers the drugs to your location right up to the trafficking in multiple kilograms of either cocaine or heroin or sometimes crystal methamphetamine.

The possession for the purpose of trafficking is exactly as it sounds, so you are the guy who’s got an amount of drugs in your car, on your person or in your home and it’s packaged up in such a manner that the Crown will ask the Court to infer that the drugs were intended for sale vs intended for your own personal use and so that is often the case when, or that’s often the charge when the police conduct an investigation, they conduct surveillance for example, they don’t see an actual transaction but they see enough to perhaps have an affect an arrest or perhaps get a search warrant and they rely on the circumstantial evidence. That is, the physical evidence that is found, added up together gives rise to the inference that it’s for the purposes of trafficking.

Mark: So, how do the police actually investigate these crimes?

Troy: Well the most common thing is surveillance, so the police will, if they can get a tip often from a confidential informant, sometimes a Crime Stoppers tip, they will get information connected to perhaps an individual, vehicle, a residence and they will often conduct surveillance and so they’ll sit on a house, or they’ll sit on a car. They’ve got dedicated drug squads who will follow individuals around; they will record every interaction they have. What you typically see is the police officer’s recording brief hand to hand transactions between individuals, what they hope to see is the actual exchange of drugs for money. That’s pretty tough to see because drugs are often packaged up in small amounts, cash is handed over quickly and the whole point is that nobody can see it, but what they will tend to look for is a pattern of behaviour, a series of short meets which they believe is consistent with drug trafficking, they will then either conduct a vehicle stop or arrest the individual right at the scene in the hopes of searching the vehicle or the person to find drugs, money, cell phones, what we call score sheets which is your list of who owes you for what and then what they will often hope to do is gather enough information to put together what’s called an Information to Obtain a Search Warrant to get judicial authorization to go into an individual’s house or apartment in the hopes that they can find the larger amount of drugs, money, perhaps weapons, that’s typically how they will do an investigation. It often involves the use of confidential informants, as I said surveillance, Crime Stoppers tips and all that.

Mark: So, what can I do if I’m charged with a drug offence?

Troy: Well, your strategy’s going to vary depending on what your charge was, so what we’re going to talk about today is the more serious stuff so, you’re importing/exporting, trafficking or possession for the purposes of trafficking. What I typically do when I get involved, is the first thing I want to know, is, was there a search warrant. If there is, what I want to do is get a copy of the Information to Obtain a Search Warrant and that will give me a very quick, actually often quite detailed look into the investigation up to that point. One of the reasons why I like to do that is because you will often get people arrested and then released with a court day several weeks or months down road and so you don’t have any idea what the case is going to be because of course the police are under no obligation to tell you until the matter is before the courts so if you get a copy of the Information to Obtain a Search Warrant it gets a look at the investigation very early on, you can begin planning your defence very early. If you are charged with a perhaps more serious offence, so possession for the purpose of trafficking perhaps several kilograms of hard drugs you may be held in custody for a bail hearing so then what do you do is, what I like to do is get in there as soon as possible, get on the Crown to get the disclosure and get together a plan to try to get my clients released on bail, and in order to do that properly, you have to know what the case is, so I guess what I’m trying to say is you what you want to do is get disclosure of the evidence as quickly as you can so you can begin planning your defence and what goes into that is often times, you’re asserting violations of your rights under the Charter so, for example you’re right to be free from unreasonable search and seizure, your right to be free from arbitrary detention, perhaps a violation to your right to counsel. Violations of your Charter Rights may result in a successful application to exclude the evidence that the police have gathered against you and of course if that is successful the case tends to fall apart so, how do you defend, you get on top of it early, I’d recommend getting an experienced defence counsel who does a lot of drug cases, I’d get them involved early and get on top of the disclosure so that you can start planning your defences as soon as you possibly can.

Mark: So, that wraps it up. If you get in trouble this is the guy to call, Troy Anderson, you can reach him at troyandersonlaw.com, tons of information on his website or give him a call 604-638-9188. No matter when you need him, he’ll be there. Thanks Troy.

The Criminalization of Mental Illness

The Attack on Legal Aid

Impaired Driving – Is It Still a Crime in BC?